Why You Should Stay at the Scene of an Accident

Given the driving conditions in Northeast Florida, you could say auto accidents are just waiting to happen.

If you’re unfortunate to be involved in a car accident, here’s my very important legal advice: Don’t leave.

Staying at the scene of an accident can help you avoid significant hit and run penalties that include fines, revoked licenses and jail time.

If you’ve left the scene of an accident, stop reading and please call my office immediately at (904) 567-3113—even if you haven’t been charged yet. Timely action could help reduce charges or avoid an arrest altogether.

We’ll dive deeper into the penalties plus what to do in case of an accident further in the article.

But first, let’s take a look at the auto accident stats in our area.

The roads of Duval County can be treacherous for drivers. Constant road construction and inattentive drivers seem to be always around the curve. As of February 4, 2017, we’ve seen (according to Firesportal.com): 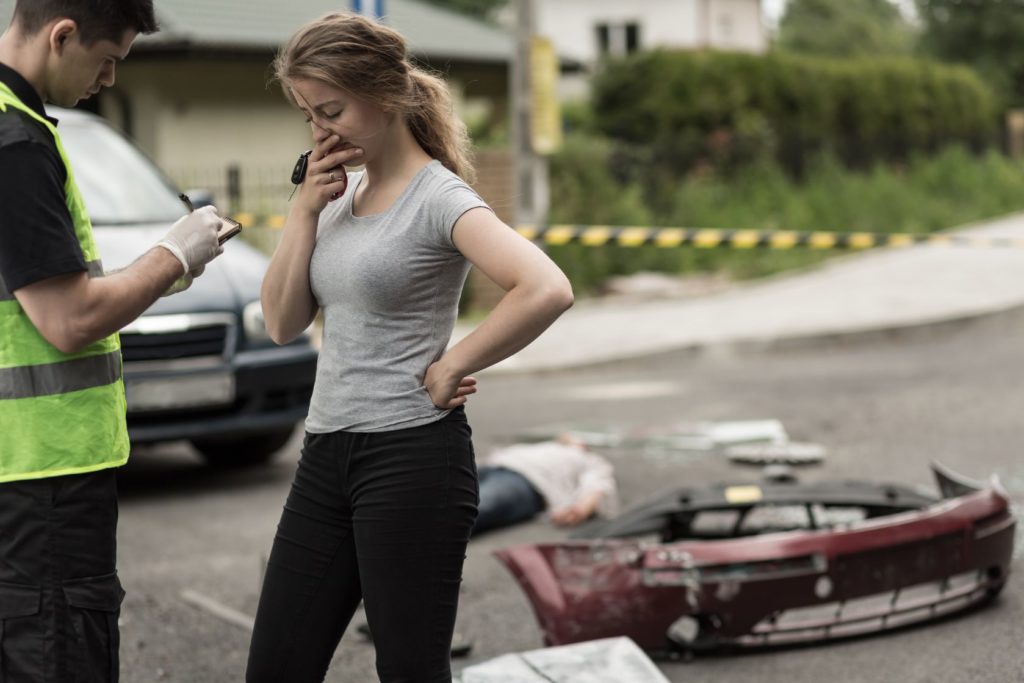 The Florida Highway Safety and Motor Vehicles reported that of those 2016 crashes, 7,123 were hit and runs with 52 injuries and 13 fatalities.

The Florida Highway Safety and Motor Vehicles reported of those 2016 crashes, 769 were hit and runs with 3 injuries and 3 fatalities.

The Florida Highway Safety and Motor Vehicles reported of those 2016 crashes, 805 were hit and runs with 2 injuries and no fatalities.

Hit and Run Penalties in Florida

There were 8,697 hit and runs reported in Duval, St. Johns and Clay County during 2016. Each of those drivers could face the following penalties if they left the scene of an accident with:

Additionally, the court could impose additional penalties such as forcing you to pay restitution to crash victims for their injuries and property damages.

Hit and runs can lead to serious criminal charges. A felony will negatively impact your employment opportunities, housing choices and other vital areas of your life.

That’s why a detailed investigation of the accident by a criminal attorney is important. Circumstances can impact your case, such as:

Any weaknesses found in the state’s case could reduce your penalties—even make the hit and run a non-criminal offense.

What to Do at the Scene of an Accident

Now that we’ve discussed why you shouldn’t run from an accident, let’s talk about what to do if you’re in one.

In Florida, the law is that all drivers in an auto accident must remain at the scene until the requirements of Florida Statute 316.062 have been fulfilled.

Pursuant to Florida Statute 316.066, commonly known as FL Accident Privilege, the law affords protection to individuals involved in a traffic crash making any statements made on scene of the accident inadmissible in a court of law.

Legislatures wanted to encourage individuals to be honest at the scene of an accident therefore the accident privilege was enacted. Be sure that any statements made to law enforcement are provided DURING the traffic crash investigation.

Whether you are charged with a crime or given a civil traffic citation stemming from an accident, it is in your best interest to contact an attorney to discuss your rights and options. If you’ve been involved in an accident—even if minor—contact our firm at (904) 567-3113.