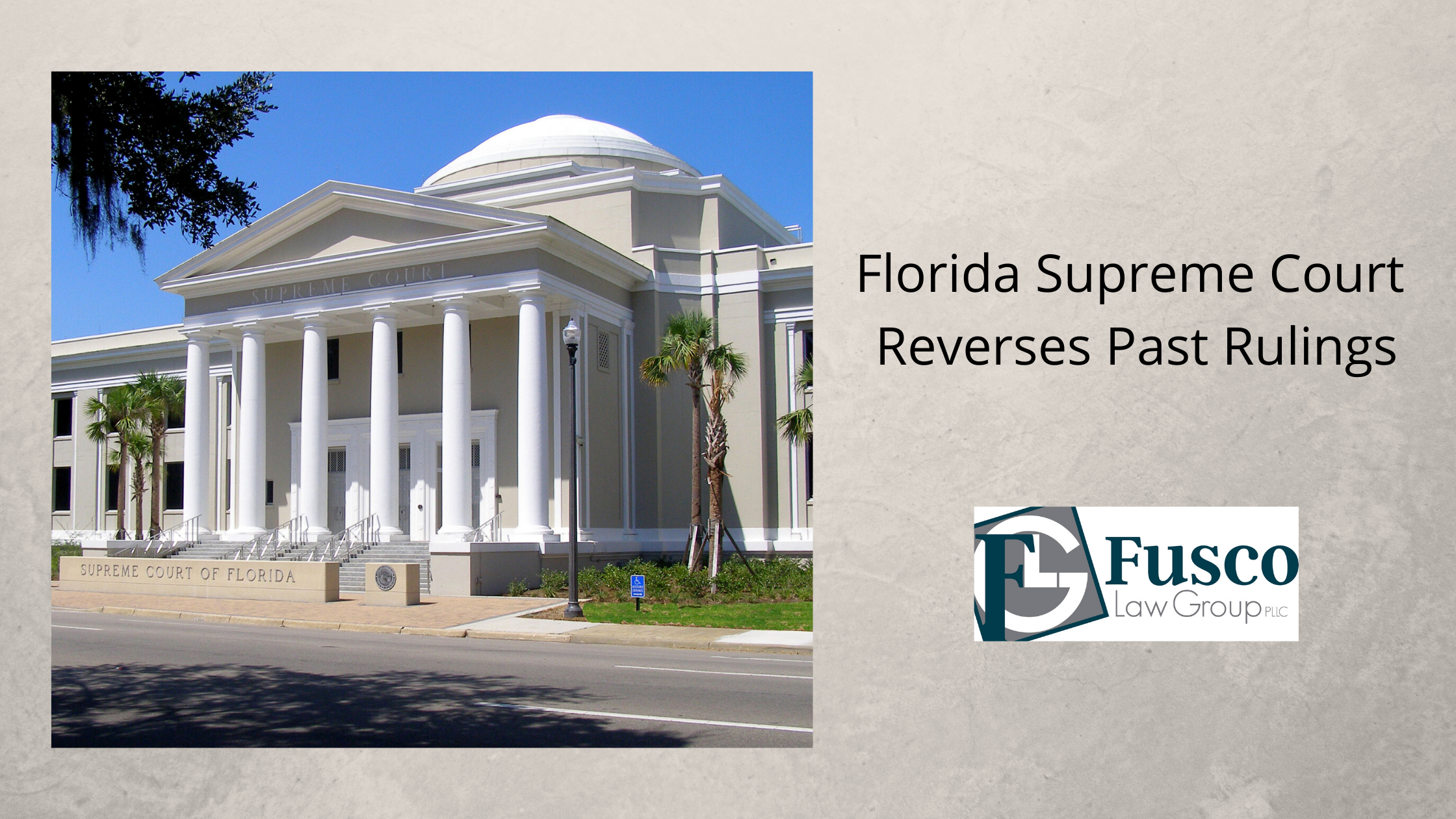 Recent decisions made by the Florida Supreme Court reverse previous court rulings and show a trend toward rescinding criminal protections.

With a conservative majority, the court has shown a propensity to ignore stare decisis—a legal doctrine used by courts to follow past case decisions when ruling on similar cases.

The current court majority has determined that past justices “got it wrong” with some previous rulings.

These recent decisions impact many of the protections afforded to criminal defendants and death row inmates. We’ll detail some of these court decisions below.

However, since these decisions may create additional confusion in criminal cases, it’s imperative that criminal defendants be represented by experienced and knowledgeable attorneys.

If you find yourself facing a criminal charge, please don’t hesitate to reach out to Fusco Law Group at (904) 567-3113 for a free consultation.

Below are 2020 rulings made by the Florida Supreme Court that reverse previous decisions.

In May 2020, the Florida Supreme Court ruled 4-1 that a convict, Harry Franklin Phillips, could not use a 2016 decision that broadened who can be deemed intellectually disabled to reverse his death sentence.

Until 2016, Florida had a strict 70 IQ cutoff for determining intellectual disability in capital cases.

The 2016 court decision allowed defendants who tested within 5 points of an IQ of 70 to be able to present additional evidence that they were indeed intellectually disabled. In 2002, the U.S. Supreme Court ruled that applying the death penalty to intellectually disabled people was cruel and unusual punishment and outlawed by the Constitution.

The 2020 ruling says that the 2016 decision could not be applied retroactively. Since tests concluded Mr. Phillips had an IQ of 74 and was convicted in the 1980s, he would be ineligible to provide additional evidence proving his intellectual disability.

In January 2020, the Florida Supreme Court ruled that a unanimous jury was not required to sentence someone to death reversing a 2016 decision.

Until 2016, Florida law required a majority jury vote for a death sentence recommendation to a judge. In 2016, the court struck down that process and the Florida Legislature changed the law to mandate a unanimous jury decision in capital cases.

The court reversal of the 2016 ruling opens the door for the legislature to change the law back to its previous position.

In May 2020, the Florida Supreme Court upheld a death row sentence of Sean Alonzo Bush even though it was based on circumstantial evidence.

A special appellate standard affirmed in a finding by the court in 1981, basically meant that a conviction could not be sustained if proof of guilt was solely based on circumstantial evidence—no matter how the evidence may suggest guilt. Basically, direct evidence that removes reasonable doubt of innocence was required to sustain a criminal conviction.

The May decision could have a major impact on criminal cases—not just capital charges–throughout Florida.

Consider a drug possession charge based on drugs found in a car where you are a passenger. Convicting you of possession would be based on circumstantial evidence unless there is direct evidence of you having possession of the drugs.

Prosecutors now may be emboldened to pursue cases they previously would have dropped if the charges are solely based on circumstantial evidence.

As the Florida Supreme Court decisions described above demonstrate, the protections of criminal defendants may be eroding. That’s why an experienced and knowledgeable criminal defense attorney to defend your rights is vital to getting a fair trial.

If you’re facing a criminal charge, an experienced Fusco Law Group Attorney can help you understand your position and develop a game plan for the best possible outcome in your situation.