Florida’s Anti-Riot Law: What You Should Know About Protecting Your Right to Protest 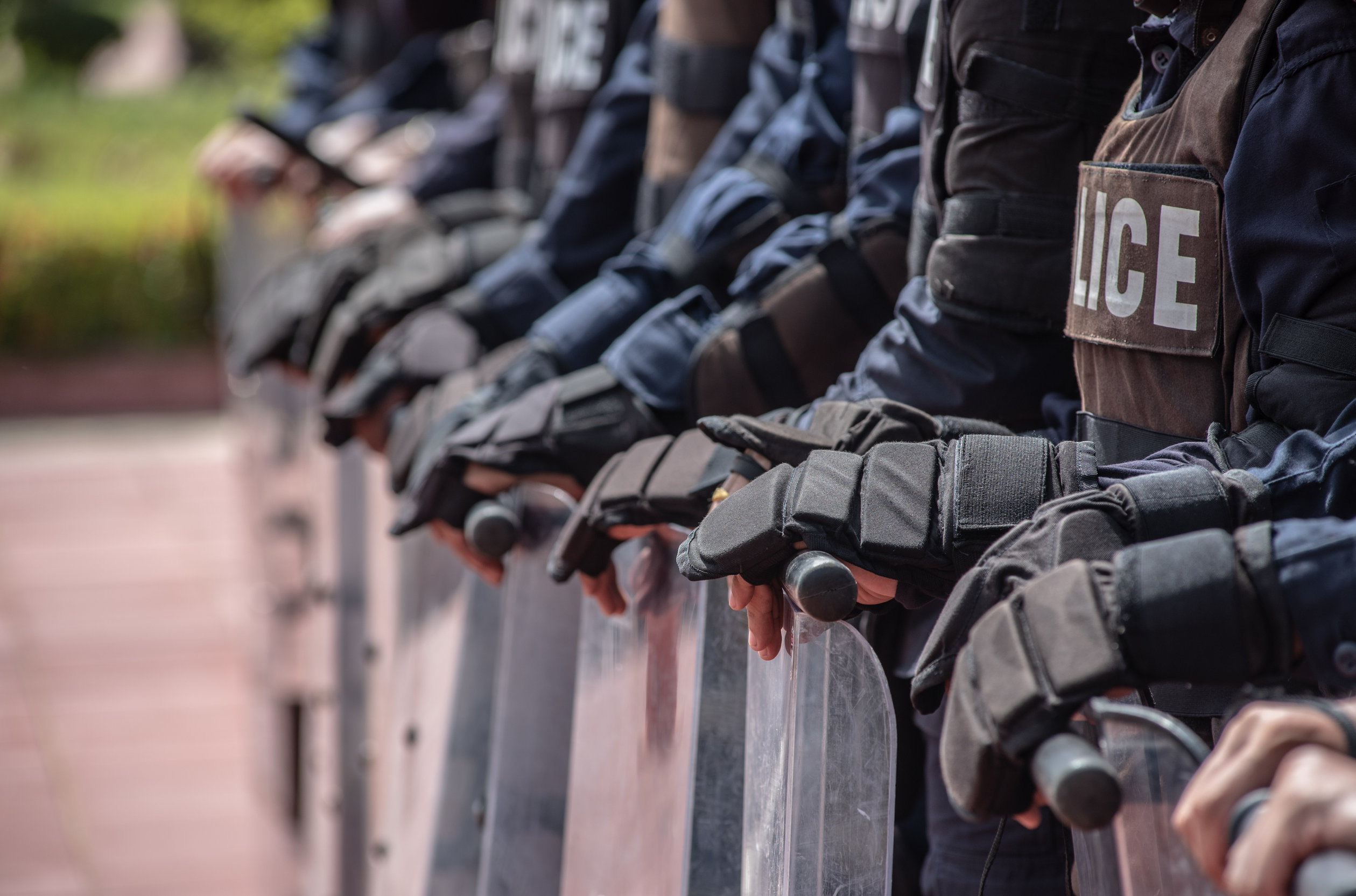 Often called the “anti-riot” law, many people opined the statute criminalizes protests and dampens demonstration efforts in Florida. Many see the law as an assault on their First Amendment rights of free speech and assembly.

In September 2021, U.S. District Judge Mark Walker blocked enforcement of the law. The 90-page decision stated the law was “vague and overboard,” especially in the definition of the word “riot” plus could “criminalize the protected speech of hundreds, if not thousands, of law-abiding Floridians.”

DeSantis said Florida would appeal the decision and stated confidence the State would win.

The ambiguity of how the law defines a “riot” creates a situation that participating in a peaceful protest could lead to severe criminal charges.

The law defines a rioter as:

A person commits a riot if he or she willfully participates in a violent public disturbance involving an assembly of three or more persons, acting with a common intent to assist each other in violent and disorderly conduct, resulting in:

The law is unclear on such matters as whether a person needs to be participating in a violent act or is in the vicinity of a violent act while attending a protest.

This provides an opening of broad interpretation by law enforcement where they can exert their authority and arrest individuals peacefully protesting in Florida.

Additionally, the law creates an “aggravating riot” scenario when:

An unfortunate aspect of the law is that once a protest is deemed a riot, arrested individuals will not be eligible for bail until their first court appearance.

If the state wins its appeal, the law will certainly present legal challenges for peaceful protestors in Florida.

Florida protestors should consider taking the following steps to protect themselves and lessening chances of arrests during a demonstration:

We’ll go into further details of the anti-riot law below.

If you’re facing a charge due to protesting, rioting, property damage, or other offenses, Fusco Law Group can provide you with legal guidance. Please don’t hesitate to reach out to Fusco Law Group at (904) 567-3113.

How does Florida’s anti-riot law define an unlawful assembly?

The Combating Public Disorder law in Florida considers an unlawful assembly occurs when three or more individuals commit a breach of the peace or do an unlawful act.

A person guilty of committing an unlawful assembly would face a second-degree misdemeanor.

How does Florida’s anti-riot law define a riot?

The Combating Public Disorder law in Florida broadly defines what is considered a riot. The law states that a person commits a riot if they: 1) willfully participated in a violent public disturbance involving 3 or more people; 2) act with the intent of helping each other commit violent and disorderly conduct; 3) cause injuries, property damage, or imminent danger of bodily injuries or property damage.

A person guilty of committing a riot would face a third-degree felony.

How does Florida’s anti-riot law define an aggravated riot?

The Combating Public Disorder law in Florida considers an aggravated riot to occur when: 1) a riot occurs with 25 or more individuals; 2) causes bodily harm to someone not participating in the riot; 3) causes property damage more than $5,000; 4) a deadly weapon is displayed, used, or threaten to use; 5) the riot endangers safe movement of vehicles on a public street.

A person guilty of aggravated rioting would face a second-degree felony.

How does Florida’s anti-riot law impact damage of memorials or property?

The Combating Public Disorder law in Florida says anyone who damages or defaces a historic memorial or property would face a third-degree felony charge. If convicted, the individual must pay restitution and the full cost of repair.

The Combating Public Disorder law in Florida considers actions to be mob intimidation when two or more individuals are assembled with common intent to use force or threat of imminent force to persuade another individual to change their point of view against their will.

A person guilty of mob intimidation would face a first-degree misdemeanor.

The Combating Public Disorder law in Florida considers cyber intimidation the act of electronically publishing another person’s personal information with the intent that another individual would use this information for violent purposes, commit a crime, or harass. Also known as doxing, individuals guilty of cyber intimidation would face a first-degree misdemeanor.

Criminal charges can be frightening and the legal process confusing and overwhelming. In complex legal situations, you should have experienced legal representation by your side.